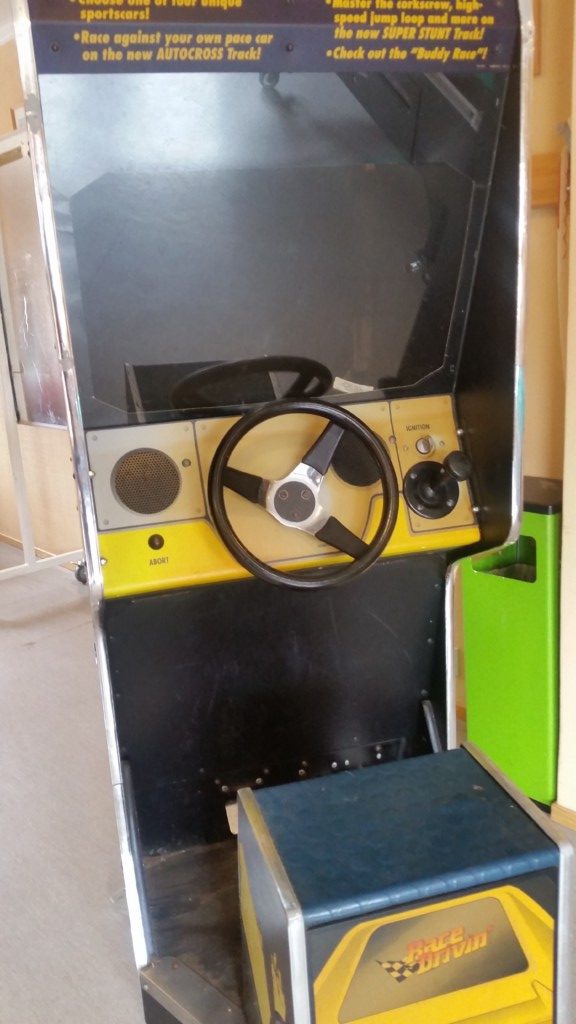 Race Drivin’ is a driving arcade game that invites players to test drive several high-powered sports cars on stunt and speed courses. The game is the sequel of 1989’s Hard Drivin’ and was part of a new generation of games that featured 3D polygon environments. Unlike most racing games of its time, it attempted to model real world car physics in the simulation of the movement of the players car. Like Hard Drivin’, the game was unique among video games in that it included a true force feedback steering wheel, an ignition key, a 4-speed shifter, and 3 foot pedals (an accelerator, a brake, and a clutch (the clutch being a control seldom seen in any video game, then or now)). Released in August 1990, approximately 1200 units were produced at the time of its release for roughly $9000 each.[1] It was ported to a number of home systems in the mid-1990s, and in 2005 it was ported to the PlayStation 2, GameCube and Xbox as part of the Midway Arcade Treasures 3 collection. 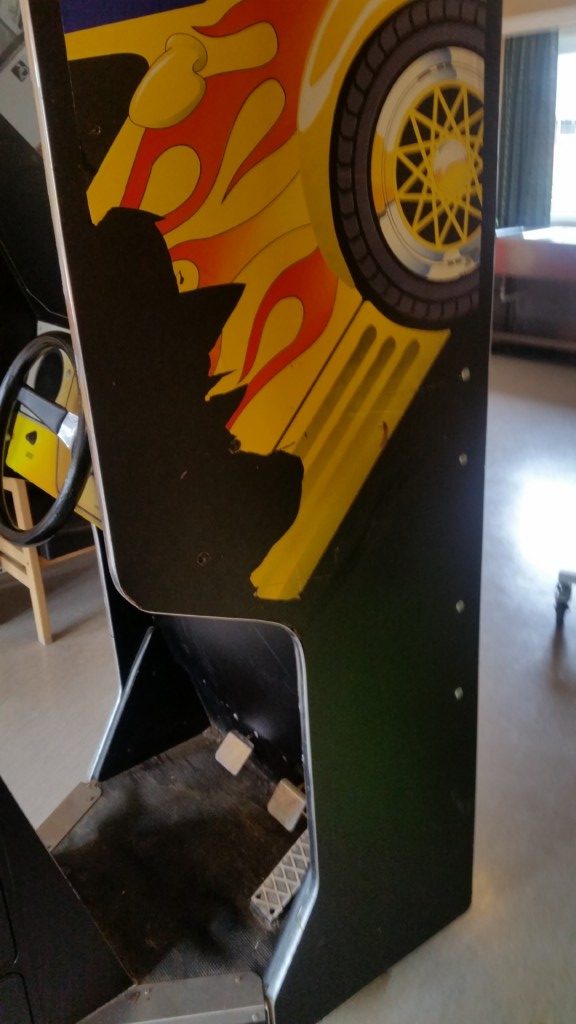 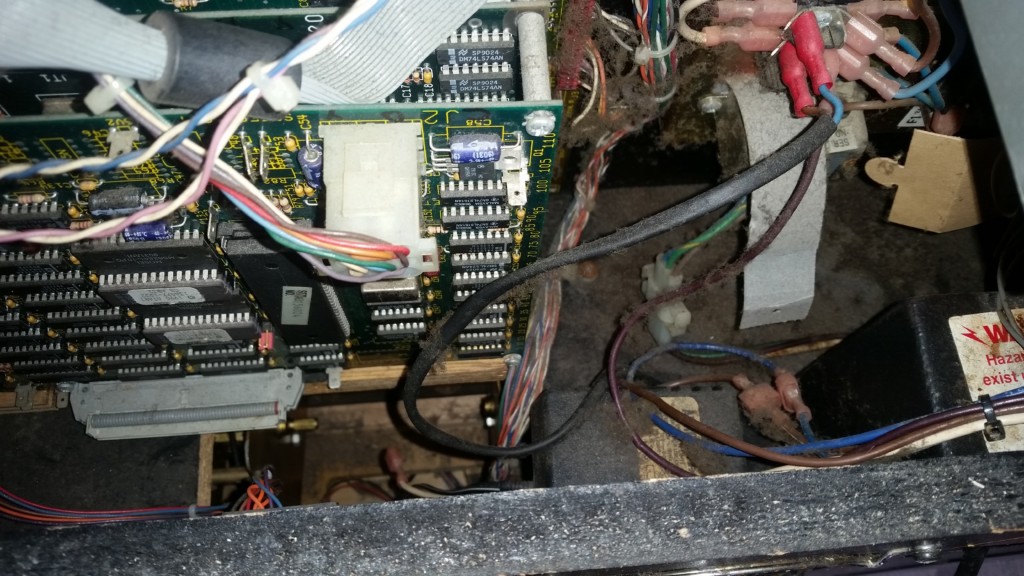 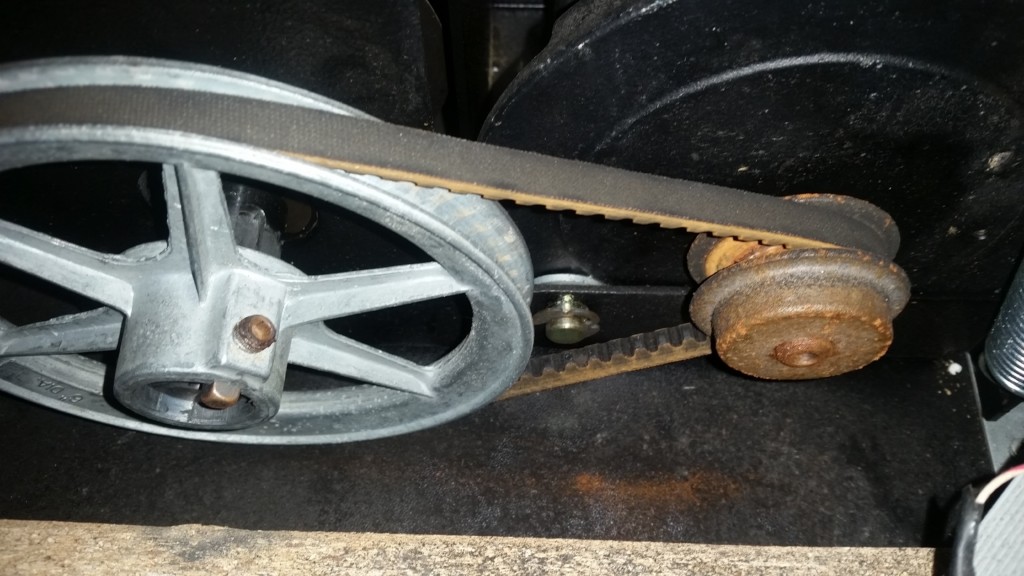 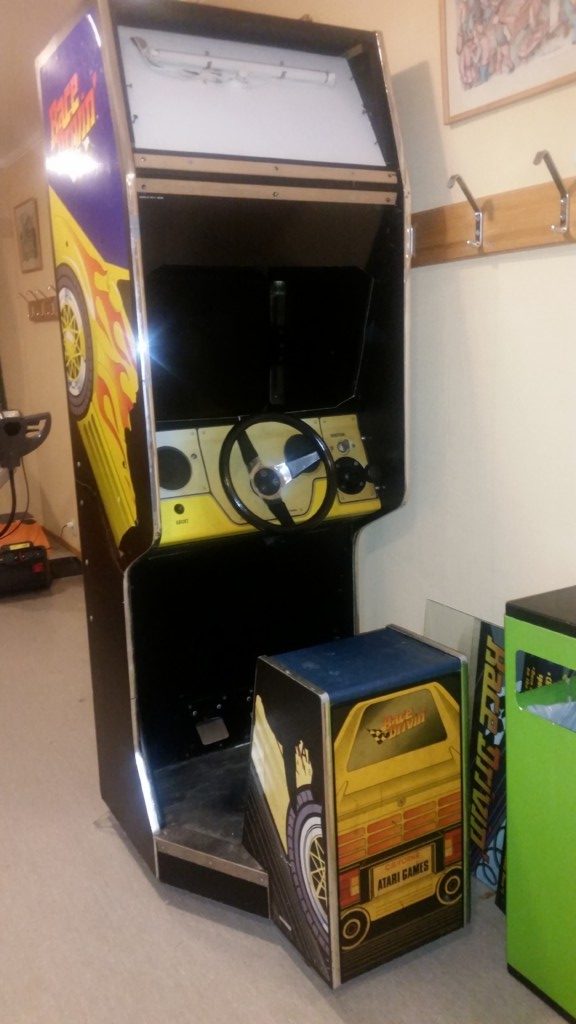 Swap the ZRAM’s from the DSC board to the main board and I bet at least 90% of your problems will go away.

Gameplay is choppy at times, but I have enough CPU power?
Although the FPS counter shows 100% speed for these games, they may appear choppy. This is true to the original — even the original hardware of these games struggled with them and therefore the choppiness is actually accurate emulation of these games. You may be able to get rid of it in some cases by using the -cheat parameter, hitting the tilde key and browsing the on screen menu until you find “CPU overclocking”. This will run the emulated CPU faster which may or may not fix it. It may also cause the emulation to have errors, so don’t bug people if overclocking screws up a game.

If you are having trouble controlling vehicle or the brake is always on, calibration must be done!
First off, Delete any .NV (NVRAM) file for this game contained in your NVRAM directory, called harddriv.nv or racedriv.nv or the same as the setname you intend to use. You need to understand how the controls are mapped in MAME. It’s not very intuitive, so pay attention:

Finally, here is a step-by-step tour through the calibration process. Note that even if you have an analog control connected to any of the analog controls in the game, it is much easier to do calibration with the keyboard.